How to connect a wire detector to Ajax and Transmitter capabilities

The Ajax security system includes motion detectors,  glass break detector, opening, impact and tilt detectors, smoke detectors, temperature and CO detectors, flooding detector. It is sufficient for most premises protection scenarios from burglary, fire, and flooding. And when it is necessary to ensure the outdoor security or to use the detector beyond Ajax model range, the Transmitter integration module will come in handy. 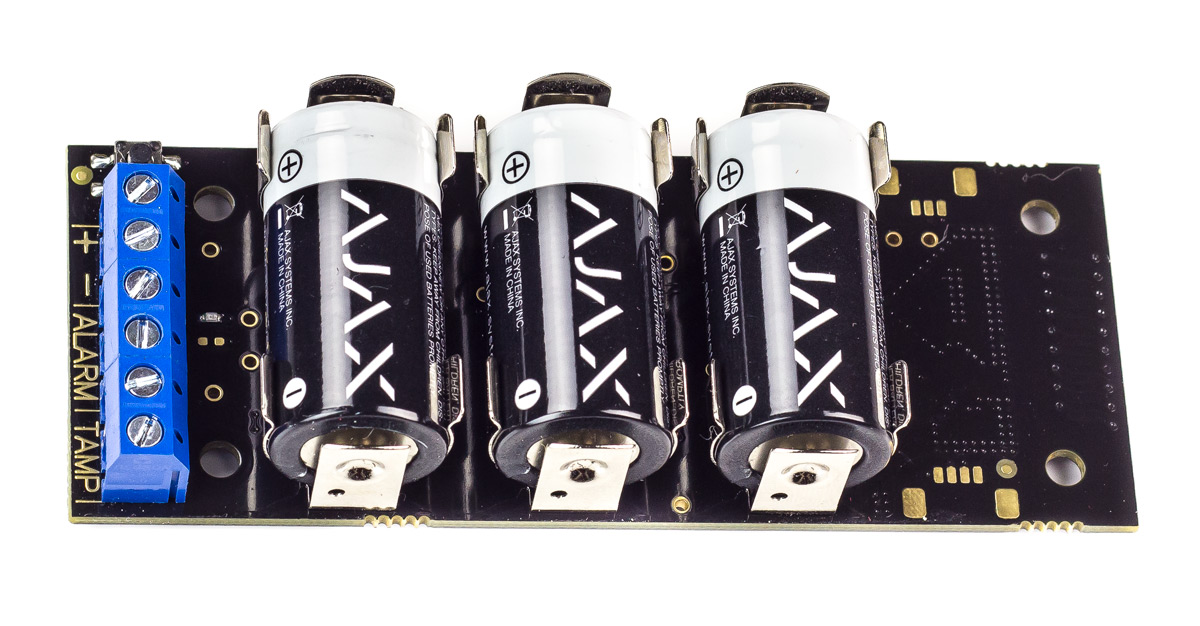 Ajax Transmitter is a wireless module for connecting external devices with wire outputs to the Ajax security system. The module has an alarm and tamper inputs (NC and NO contacts are supported), there is a 3.3 V power supply for the external detector.

The following may be connected to the Ajax security system, using the Transmitter:

And also any other detector and devices with NC/NO terminals.

The Transmitter only operates with Ajax Hub. The device does not operate with Ajax ocBridge Plus or Ajax uartBridge!

Connecting the detector to the Transmitter 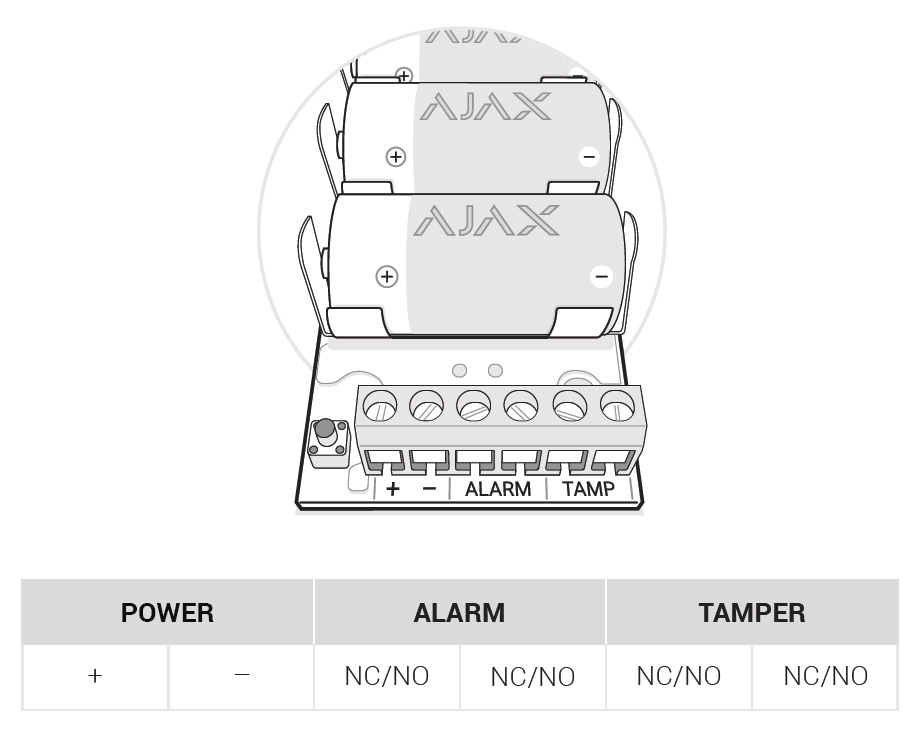 How to connect the Transmitter to Ajax Hub 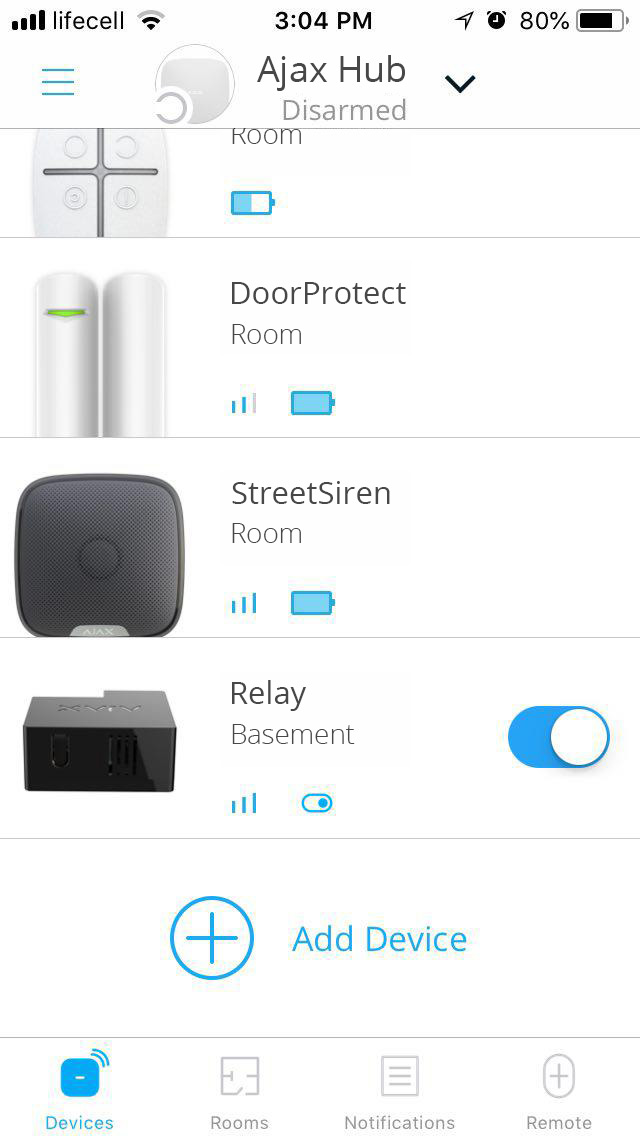 2. Name the device, scan QR or enter the code manually (located on the body and package), and select the room. After you click “Add”, it will begin counting down: 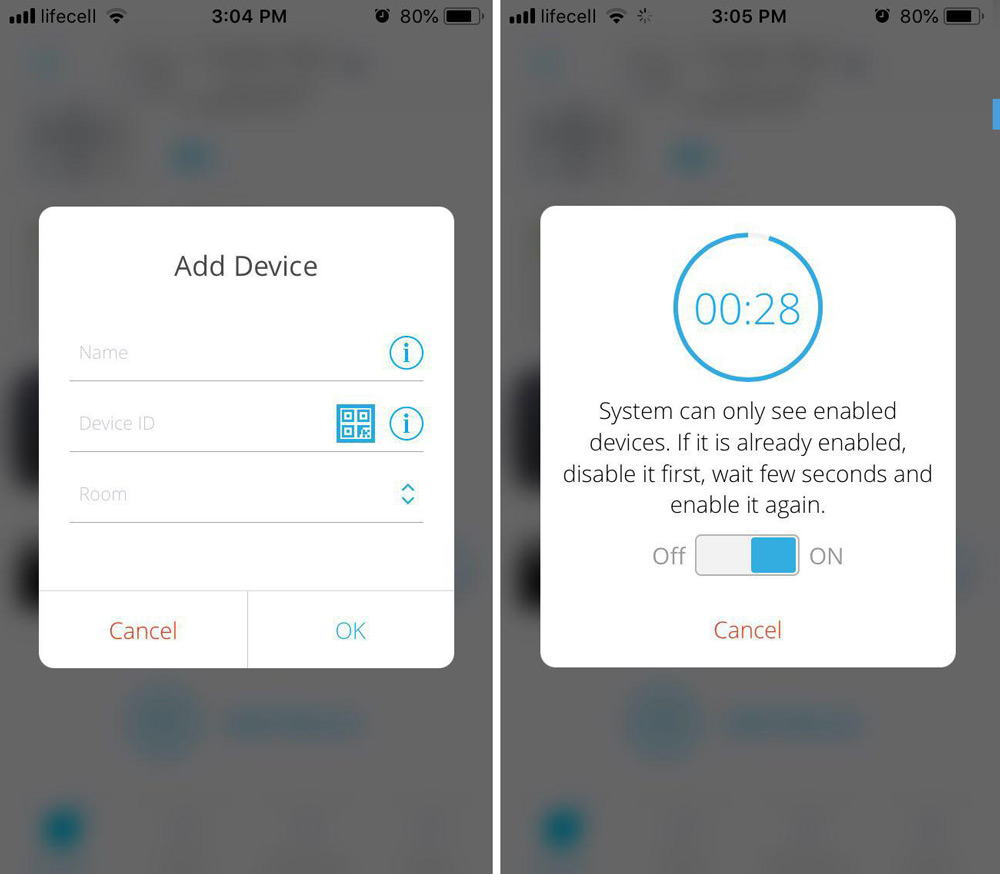 3. Turn on the Transmitter using the button on the body: 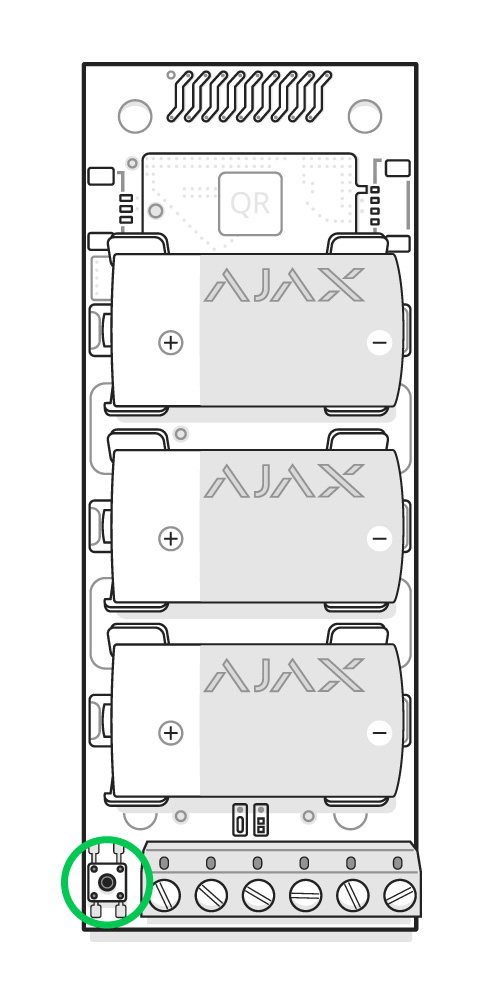 The Transmitter and the external wire detector statuses can be viewed at any time in the mobile application by selecting the Transmitter in the device list. 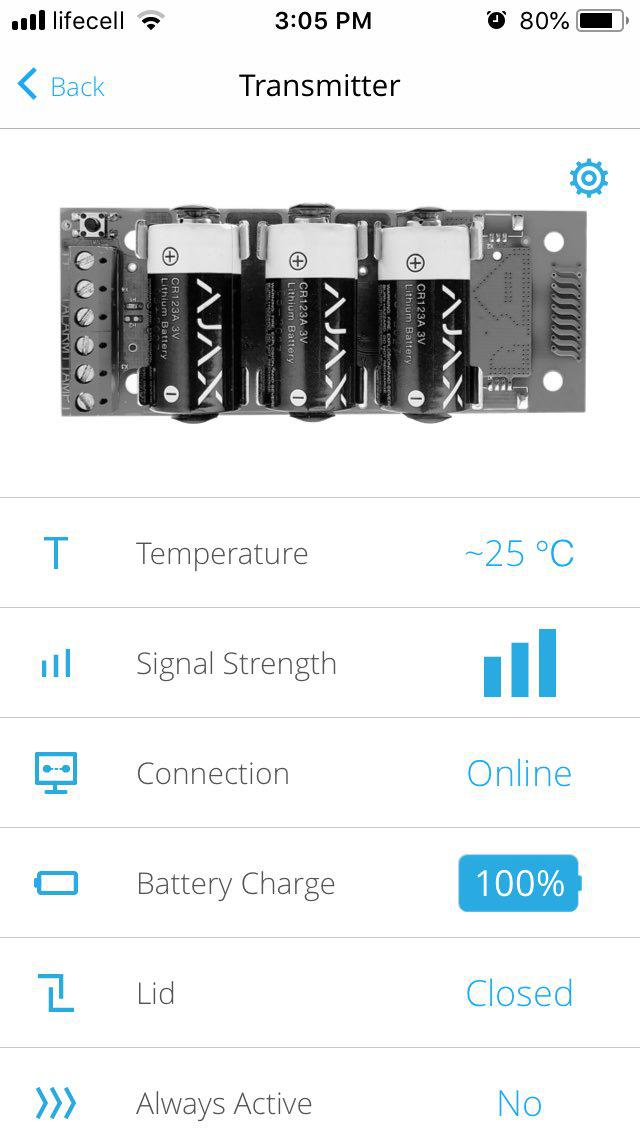 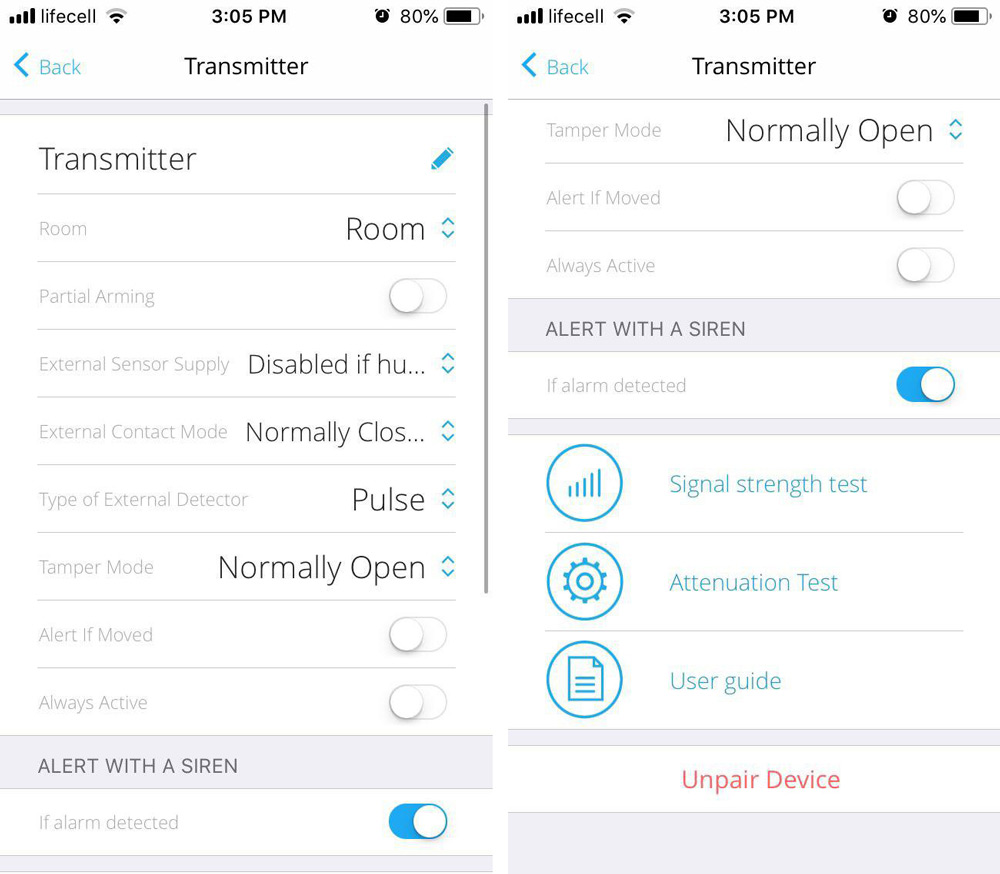 Room
Selection of the room where the device is located.

Tamper mode
Selection of the normal tamper mod for an external detector:

Always active
When the mode is active, the Transmitter transmits alarms even when the system is not armed.

Alert if moved
The accelerometer turning on the Transmitter to provide an alarm in the event of sensor movement.

Partial arming mode
When turned on, the detector connected to the Transmitter will be arming when the partial armed mode is turned on.

Activate the siren if an alarm is detected
Whether the siren is turned on during the Transmitter alarm.

The scheme for connection of the Swan QUAD motion detector to the Transmitter: 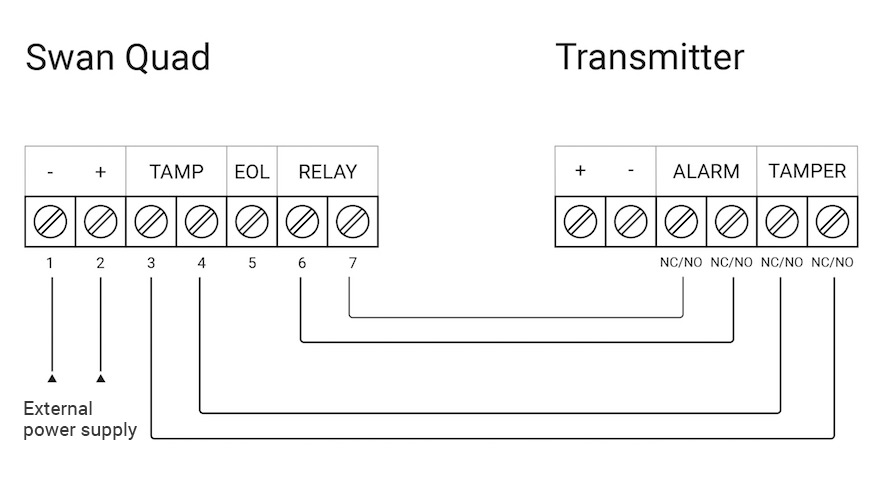 Since this detector uses 12 V power, it is powered from the outside, using a supply unit or battery.

To place the Transmitter inside the detector body, an interior of at least the following size is required: 110 х 41 х 24 mm. If the Transmitter cannot be installed inside the detector body, use an external radio-transparent body.
The length of the cable can be up to 30 meters of UTP conductor. For a larger cross-section, a longer cable can be used.

Do not install the Transmitter:

Which devices can be connected to Ajax using the Transmitter 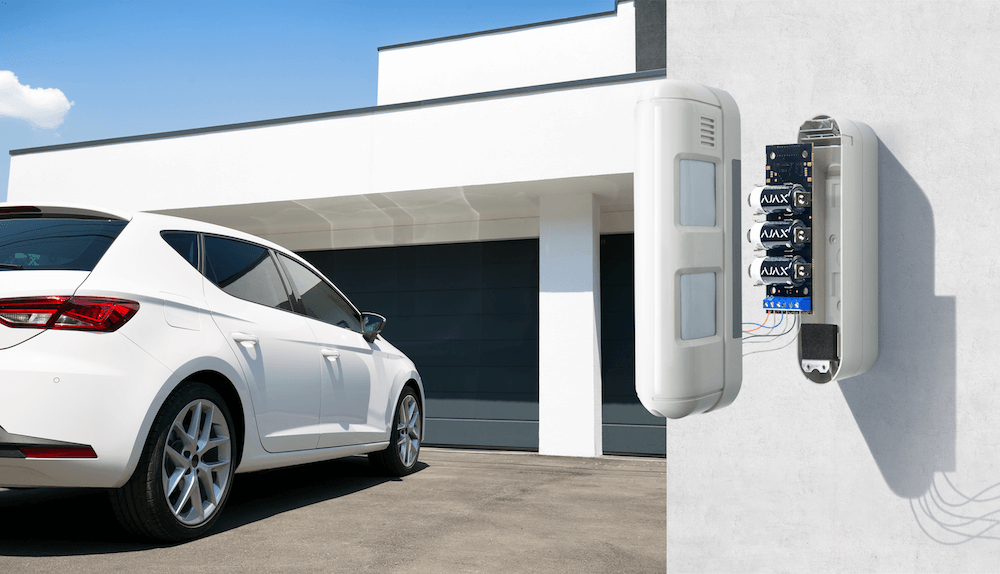 Transmitter appeared due to the acute need for control of the outdoor areas. Although the current generation of security system Ajax is designed for the protection of the premises, European partners have shown massive demand in this niche. The quick solution became the device for integration with popular outdoor detectors Optex: IR barrier AX-200TFR, “curtain” BX-80NR, combined VXI-RDAM and other models. Together with the Italian colleagues in less than six months, Ajax Systems developed the Transmitter— a universal integration module that solves the problem of outdoor security and at the same time allowing the implementation of dozens of other scenarios. 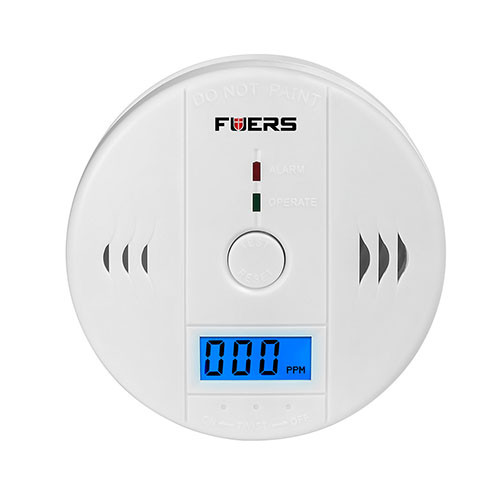 The gas leakage detectors are designed to promptly detect leakage and give notification thereof. This segment of sensors is popular, since gas is difficult to detect quickly, and the catastrophe risk due to leakage is significant. The sensors are classified according to the type of gas to be detected: natural, carbon dioxide, carbon monoxide (CO) etc. Since all gases are different in weight, there is no universal gas detector. For example, to determine the natural gas leakage, the detector should be placed as high as possible, and as low as possible for carbon dioxide.

☝️ Ajax has a fire detector, which detects temperature rise, smoke, and dangerous concentrations of CO— FireProtect Plus. 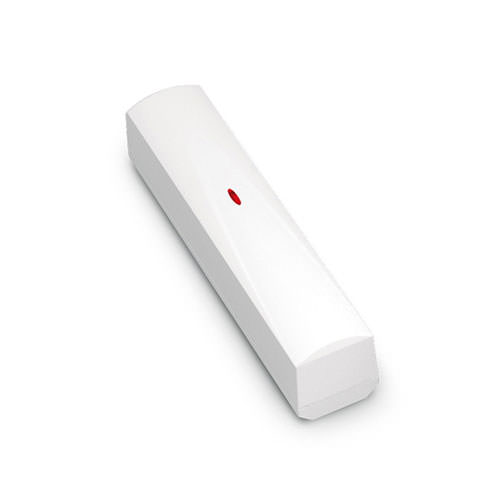 The vibration detector raises an alarm even during a tampering attempt, responding to movement or even the slightest damage to the structure on which it is installed. Such devices are mounted on doors, windows, and fences (it will report attempts to climb over).

For vibration detector to function properly with the Transmitter, it is necessary that the closing or opening takes at least 0.6 seconds. Shorter closings and openings will be ignored by the false response security system.

☝️ Ajax has a combined opening, impact and a tilt detector— DoorProtect Plus. 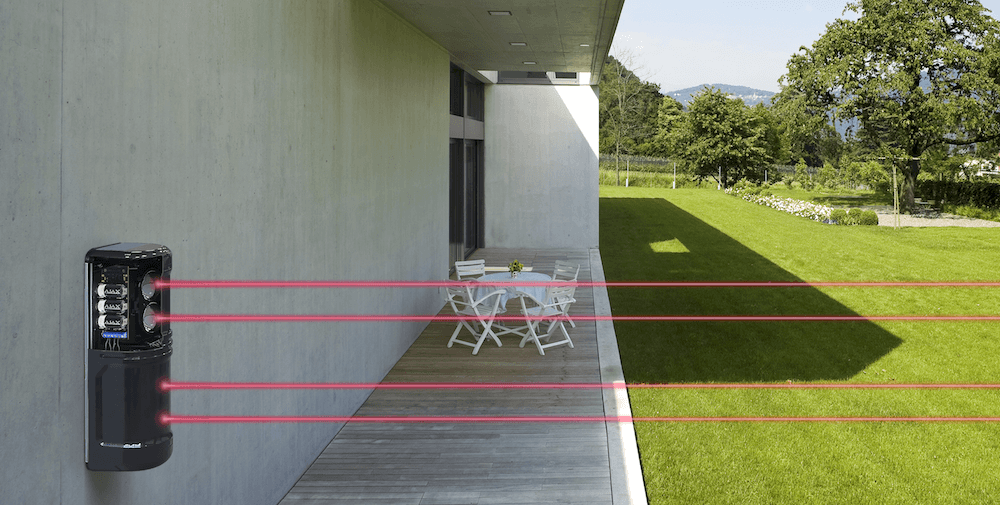 IR barriers are used when it is necessary to restrict access to a facility from the outside, but at the same time to allow movement along the territory.

And also any other detectors and devices with NC/NO terminals.

Problems that can be solved with the Transmitter

Alarms when the temperature exceeds the specified range 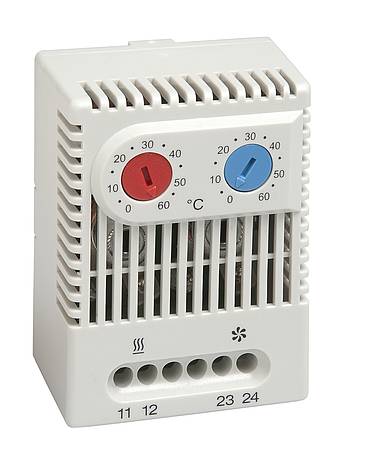 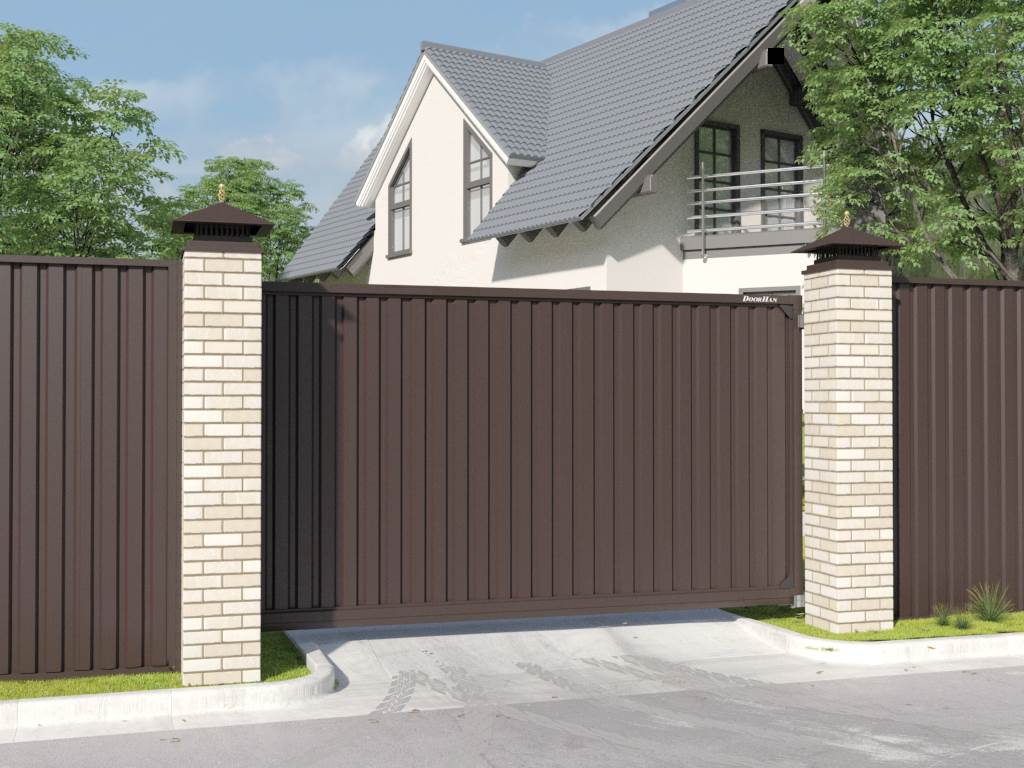 To control the gate closure and see the openings/closing history, the Transmitter and a wire reed switch or a limit switch can be used. 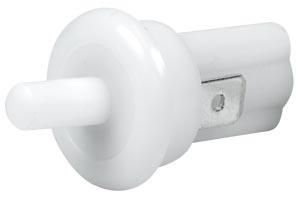 To protect a safe (art piece or any other valuable object), an external tamper and the Transmitter can be used. When the safe is moved, the tamper button will be clicked, you and the security company will get an alarm. 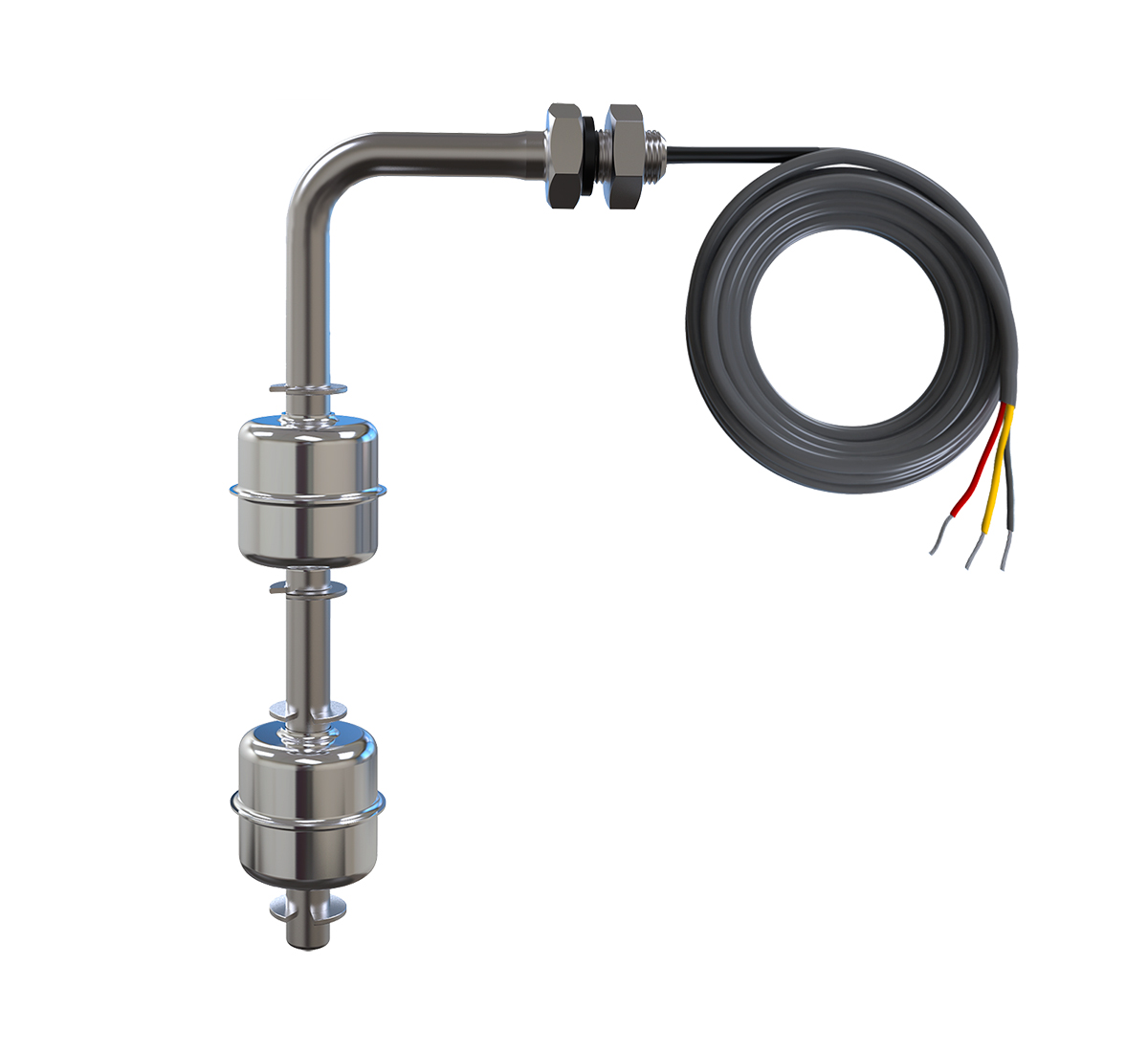 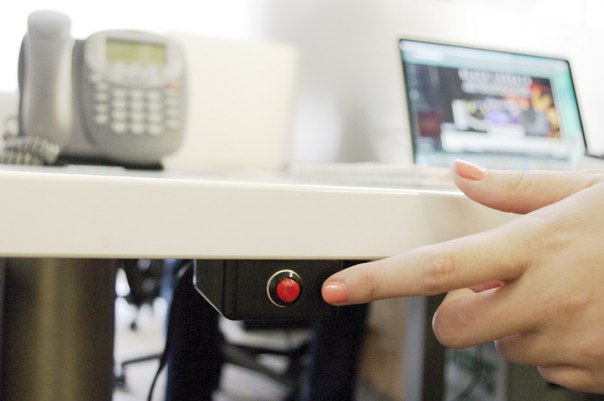 An external alarm button for sending an alarm to the security panel can also be connected via the Transmitter. Movies often show a bank robbery action, when an employee presses a button under the table and gives an alarm.

The Transmitter application is not limited to the area discussed. If you have ideas or already implemented scenarios, write in the comments.